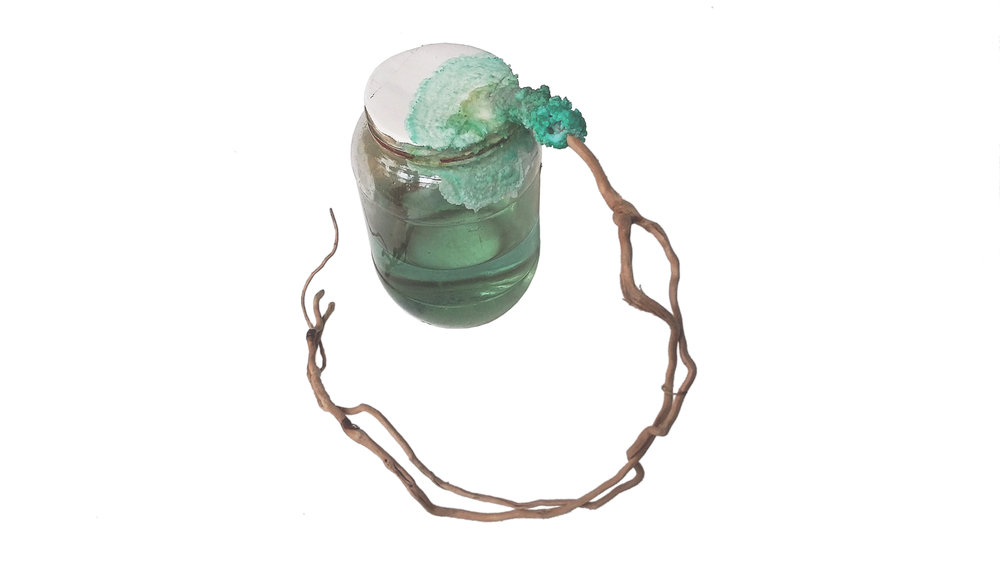 parasite
noun
par·a·site \ˈper-ə-ˌsīt, ˈpa-rə-\
1 : There are two kinds of parasitism.  The first,  more direct,  though very wily and devious;  the second,  more mediate,  thematises the relation,  complicates it,  raises it to relations of relations.  As if the para parasite were being invented,  as if the difference were differed,  as if the distance were distanced.  A first ruse,  a ruse of the ruse,  ad infinitum.
(Michel Serres, Parasite, 1982)

A parasite - one could think of many things - a biological dependent, a bloodsucker, a hanger-on, a disturbant. The adverbs of the negative, destructive force, a distraction against the balance and harmony. Is there a responsibility inherent to the parasite? Can one approach it in a constructive way - by means of a dialogue? Can a parasite be something that happens between the individual and the collective, organism and environment, matter and space, yet holds a relationship, an other, or a third? A parasite, contrary to popular belief, may not impose power or restrictive relationships within culture, its purpose is not to destroy relations of production, rather to make them stronger. For Michel Serres, a parasite is always already there. Part of the building, with its mistakes, wavy lines, confusion, obscurities - it is a necessary part of knowledge and part of the communication.

Is the connection between the curator and the artist essentially a parasitic one?  "The parasite seeks rarity. To be demanding means to choose. This choice, this filter, implies elimination, for order and coherence; we are coming back to the first meaning: chase, push outside. The one who examines, separates; the one who judges, excludes; the one who chooses, divides things and populations. In any case, they produce rarity. No, they don't produce it ; they select it when it is already there. The producer promotes it, beginning with the common; when it is absent, he gives it back to the parasite", Serres writes.

One month, one topic, one artwork. Who’s is going to sign it, who is going to give it its signature? The artist, the audience, a parasite, a curator? This is what Kulturfolger is interested in.

The act of choosing, filtering - rendering the idea - might seem parasitic at first. Assimilation, appropriation - it is almost a taboo. A strange decision, a lack of curatorial integrity perhaps? An object that constructs curatorial purpose? Parasitism is seeking a dialogue - a challenge of interpretation with multiple entryways into the deeper narrative, essentially a dispute, a possibility, an opening. A dialogue with artistic independence and one, which is open to curatorial provocation. We start with Simon Ledergerber's work - an object, a matter, and with possible codependent entity. We want to sign it! We want to fill it, index it and give it back as a present to the artist. Same form, new content?

Can one see the work of Simon Ledergerber as an access point to Serres "Parasite": a tender wound, or an expanding hole in which the entire world as we know it passes through? In his work, a series of relations of between vinegar, copper, roots, salt, water and air can been seen as a relation of relations, an emptying and a creation, occurring by chance and but also necessity. An evolution interdependent of the environment. The crystals, which grow and form, as Jacques Monod would define, have many facets and geometric sides, and rest somewhere between artificial and natural, a vague element, fuzzy in nature and created by chance. Somehow static, until it is not - in essence, always ever changing. The signifier of all and of nothing, simplicity and complexity intertwined.

The complexity of condition making is seen in a biological world. The story of a fig and the wasp borrows the mechanisms of the advanced parasitic relationship. The wasp uses the fig and the fig uses the wasp. Pollination with conditions and terms- if the work of the wasp is too slow or insufficient, the fruit is dropped along with the offspring as a warning and an incentive. The fig thinks: "Work harder, little ones, and then protection is granted albeit never guaranteed!"

The parasite no longer carries only local conditions, and limitations to specific communications. It’s not only a destructor, or a passive one, or a leech. It is perhaps one of the highest degrees how we generally operate the connection of nature and culture - through both physical and biological relationships.
If this meaning is extended to our current time, beside solely biological terms, one could ponder that “the parasite” is the main paradigm of contemporary communication and relationships. The parasite is trying to access into global and more comprehensive notion of what is information transfer.